Is An Ether ETF Possible? 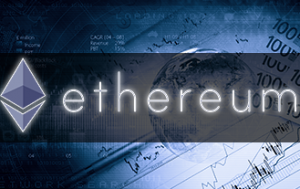 With all the buzz about the SEC decision to approve the first ever bitcoin ETF, many would think that this decision could open the cryptocurrency ETF flood gates. The next logical digital asset in line for an ETF would be Ether. This is mainly due to its prominence in cryptocurrency markets. Ether is the second biggest asset in those markets in terms of market cap, and has a whole host of institutional backers that are invested in developing the Ethereum network. This however, is where bitcoin and Ether start to diverge; this divergence could preclude this ETF endeavor.

Is an Ether ETF Logical?

Bitcoin in many ways works like a digital commodity. Its amount is capped and mining rewards will be halved progressively until the amount of coins mined reaches 21 million. Ethereum works differently. Initially the network will work with a PoW – Proof of Work – mechanism that resembles bitcoin to a certain extent, but it will then switch to a PoS – Proof of Stake – mechanism that will cap inflation at 2%. Ether can in theory be produced infinitely at a rate of 2% per year after Ethereum switches to PoS.

This makes Ether work more like a currency that will shed its commodity-like features eventually. As such, it would probably be more logical to include it in a currency ETF that already exists, rather than launching a purely Ether based ETF. The amount of Ether necessary to do so in any case, far exceeds the amount in circulation at this point. Therefore it could make more sense to have it as a dominant asset within a cryptocurrency ETF than to have a stand-alone ETH ETF, or make it part of a traditional currency fund.

Taking the whole exercise in logic a step further, some might argue that no cryptocurrency ETF – not even a bitcoin one – is logical. This stems from specific cryptocurrency dynamics and characteristics that seem to be at odds with how traditional markets and ETFs operate:

No Ether ETF in the Foreseeable Future

Although an Ether ETF is not the most logical move, the lack of rationality in the markets might give it enough space to become viable. After all financial engineers have decades of experience creating financial tools that exploit the lack of rationality like certain derivatives and even credit default swaps. Nevertheless any possibility of an Ether ETF will ultimately depend on the success of a bitcoin ETF. If the SEC doesn’t approve the bitcoin ETFs it is currently evaluating, or if those ETFs fail to attract investors once approved, then an Ether ETF would remain further away from becoming a reality, despite the fact that the differences between the assets should be enough to preclude an Ether ETF altogether.