Is RSK An Ethereum Killer? 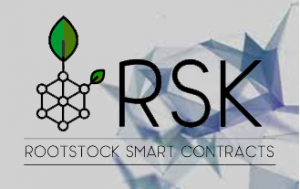 Bitcoin brought blockchain technology to the fore, and Ethereum built upon it to create a trustless network of smart – self executing – contracts. As Ethereum succeeded in providing a different service from that of the bitcoin blockchain, many experts asserted that these two projects would not compete with each other. However, the DAO attack highlighted the possibility of centralized intervention in the Ethereum blockchain, turning many away from the project. Seeing the benefit of smart contracts, the proof of concept that Ethereum provided and taking advantage of the decentralized nature of the Bitcoin network, some of its community members drew the inspiration necessary to launch Rootstock – RSK.

Rootstock, or RSK, is a side-chain bitcoin project based out of Argentina. Its name serves to describe the method by which it seeks to bring the Bitcoin network into the era of smart contracts. The meaning of Rootstock is, according to Google, “a plant onto which another variety is grafted.” As such, what this project seeks to do is to side step much of the political infighting that cast a doubt on the future of bitcoin, in order to graft a smart contract variation onto the bitcoin plant. If the project succeeds, it will turn Ethereum into a project that directly competes with the most well-established blockchain out there.

The RSK project would also serve to side step some of bitcoin’s scalability issues, which in theory are not an issue on the Ethereum network. This thrusts Ethereum’s advantages over bitcoin further into oblivion should the project succeed. There are some other RSK features that could significantly increase the viability and future growth of bitcoin:

RSK will force Ethereum to up its game

Now that the Bitcoin community has an apolitical alternative to its scalability issues, it is time for Ethereum to up its game. The Ethereum community must start re-building the trust it lost after the DAO attacks, and it must increase its attractiveness among Dapp programmers. These are the 2 crucial fields in which it can surge ahead of any other blockchain, so it should exploit its first mover advantage instead of letting other projects capitalize on the proof of concept.