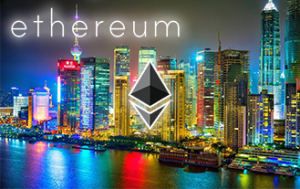 There are widespread reports about crashing nodes within the Ethereum blockchain. According to bitcoinist.net a security alert was published on the official Ethereum blog, claiming that Geth nodes were crashing on block 2283416 due to a lack of memory. This attack shares a few similarities with the one that Krypton faced a few weeks ago. Krypton’s blockchain which was based on Ethereum, was attacked through a combined DDoS to a critical amount of its nodes and a subsequent 51% attack through leased cloud mining. Such an attack on Ethereum is almost certainly destined to fail, and will probably also fizzle out as Ethereum’s recent success continues to shine.

Is Ethereum as Vulnerable as Krypton?

According to Stephanie Kent, founder of Krypton, the attack against that blockchain was meant to be a mock-up for a bigger attack on bigger blockchains. Kent speculated that the attack that Krypton faced was a proof of concept attack, meant to show that blockchains of up to a certain size are vulnerable to a combined DDoS on their nodes and a 51% through leased mining power. The difference between Krypton and Ethereum is that the latter has a much higher hash rate – average hash rate peaked at 5479.9607 GH/s just 3 days ago – than the former – currently at 68.34 MH/s.

This graph shows how Ethereum’s hash rate has grown at an incredibly fast rate since March 2016. A 51% attack on this blockchain requires a very large investment in mining power. Source: Etherscan.io

Ether Price Advances in the Midst of the Attack

In the meantime the price of Ether has been advancing at its greatest pace since the DAO attack. Ether prices are close to the $14 USD mark, with high growth rate over the last few days. This not only shows that the Ethereum network is strong enough to overcome malfunctions on part of its nodes, but that the market is eager for the network to succeed and enough investors are flocking towards it. This will in turn enhance the security of the network by incentivizing more mining on it and having more users acting as nodes, which will make these kinds of combined DDoS and 51% attacks less likely to succeed in the future.

As DevCon 2 Draws to a Close

In the meantime, the Ethereum Foundation was able to showcase all its advances and its burgeoning partnerships with a wide variety of actors and organizations in Shanghai. The success of this event will likely draw even more dApp developers and Ethereum users, further guaranteeing that its blockchain will be safe from attack. DevCon2 is probably also part of the reason why there has been a sharp rise in the value of Ether, and it also serves to explain the timing of the attack. Nevertheless, with Ethereum’s market cap now well over the $1 billion USD mark, putting this blockchain project in second place in terms of valuation behind bitcoin, it is clear that the attack failed and will soon be overshadowed by Ethereum’s success.