What is Ethereum Classic? 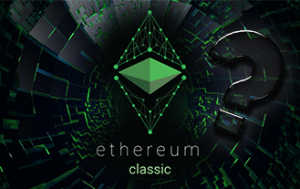 Following the DAO attack, Ethereum took a step to implement a hard fork on its blockchain. The hard fork had the backing of the majority of the Ethereum community, but not all of the community members agreed with this step. This led to a split within the Ethereum network that brought about an unprecedented situation in the history of blockchain-powered networks. A critical mass of users kept the old Ethereum chain and rebranded themselves as Ethereum Classic, issuing their very own currency: Classic Ether.

Reasons for the Ethereum Split

A Russian Ethereum member, better known as Arvicco, became the de facto leader of the split. In an interview to Bitcoin Magazine, Arvicco explained the reasons behind the split. Above all, the Ethereum Classic project leader stressed the fact that this new network is not seeking to compete with Ethereum, but rather to coexist with it. The philosophy of both networks is simply different, and Classic is much more rigorous in terms of upholding the principles of the network above everything else.

The Principles of Ethereum Classic

Arvicco stresses out that the hard fork was tantamount to a bail out of the DAO. Implementing a hard fork given the situation, would have the network erase the transaction that gave the DAO hacker control of about $50 million USD in Ether. This just shows that there are some organizations and users on the Ethereum network that are ‘too big to fail’ according to the leader of the Classic project. This puts the average user at a disadvantage and creates a lack of fairness in the system.

This view is consistent with Libertarian views held by a significant portion of cryptocurrency enthusiasts. Arvicco seems to be one of them, and Classic is poised to become a much ‘purer’ network in that sense than Ethereum. The principles by which Ethereum Classic will abide are the following:

This means that after the hard fork and the rise of Ethereum Classic, the DAO hacker(s) still have access to the stolen funds. This is due to the fact that the transaction which saw Ether come out of the DAO’s wallet without permission, is still a part of Ethereum Classic’s blockchain. This means that the DAO hacker(s) now hold the spoils of the hack – which was not really a hack but rather just a loophole in the DAO’s contract that was exploited – denominated in Classic Ether.

What Will Happen After the Split?

Given the fact that on one hand Ethereum broke some of its core rules to prevent a hacker or a group of hackers from profiting, while on the other hand the developers behind the Ethereum Classic split would rather let the hacker or hacker keep the money he/they stole in order to maintain the principles of the network, it is hard to understand what will happen to either network. In terms of acceptance, both have points in favor. In terms of functionality, both offer a very similar service. Now it is up to the markets to determine if both projects can coexist and if so, what will be the sector of the market they will service.