The Ethereum Hard Fork No One Is Talking About 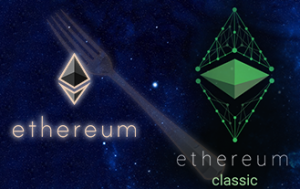 After facing annoying DDoS attacks that have only managed to slow the network down, the Ethereum community has decided to go for yet another hard fork. This will be the second such move for Ethereum in the past 4 months, but this time everything is different. There is a very broad consensus about the need to upgrade the network in order to enable transactions to go through it normally. This time there is absolutely no opposition and no arguments against the proposed measure, which should bode well for the price of Ether.

This Ethereum fork is expected to take place on October 18th. In the run up to the fork, users have been updated about the details of the attacks and the temporary fixes until a more permanent solution is implemented. Now the picture is much clearer:

The Price of Ether

Since this hard fork was not controversial and virtually no one was voicing an opinion against it, Ether markets were not hit as hard. Still Ether is below its post DAO-fork high, but the fluctuation in price has not been too aggressive. Ether will quite surely recover and continue appreciating once the fork is implemented, if implementation is uneventful.

While markets and users are taking this Ethereum fork as a mere technicality, the focus of attention could turn to Ethereum Classic. This is due to the fact that both projects stem from the same original code, so they could have similar vulnerabilities. Classic also has less mining power devoted to its network, making a 51% attack more likely to generate greater harm to it than to Ethereum. Classic has also faced threats of 51% attacks over the last few months.

If Markets are any Indication

So far the markets indicate that there is a greater risk factor – whether it is because of technical issues, hacking, or otherwise – involving Ethereum Classic than with Ethereum. ETC surged on October 17th, but has been retreating since, pointing to doubts about it in the markets. ETH displays an almost inversely proportional behavior to the one ETC is displaying. Ether started climbing back yesterday, which could indicate that markets are expecting Ether to recover quickly as technological risks vanish.