Microsoft’s Bet On Ethereum Classic: A Message For The Industry? 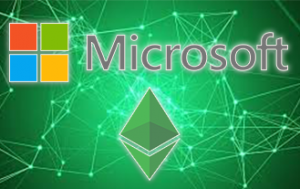 Ethereum Classic has been struggling to keep up. As Ethereum advances and Ether claws back up to the $14 USD mark, Ether Classic is facing stagnation. Nevertheless Ethereum Classic has enlisted the support of a high tech giant we all know very well: Microsoft. The company recently hosted an Ethereum Classic meet up. Charles Hoskinson – the famous Ethereum dissident who proposed to launch the project as a non-profit, and now member of the Classic project – was amongst those present at the event. This is certainly not a coincidence, and it comes as the world of cryptocurrencies tries to solve governance bugs that have plagued many blockchain projects.

Certainly Microsoft’s bet has something to do with its business goals, but it may also have something to do with the deep philosophical question over control in immutable blockchain projects. The debate is still raging, all the while the most iconic immutable blockchain project which gave birth to all the others, Bitcoin, suffers from its lack of pragmatism. It is true that the way Ethereum reacted to the DAO attack, trampled over immutability, but it showed a level of pragmatism that Bitcoin simply cannot achieve.

This could well lead to the rise of Ethereum and the demise of Bitcoin – as per Gavin Andresen’s recent tweet – while in the meantime Microsoft picks Ether Classic, which is closer to the latter in terms of governance. This play could signal Microsoft’s interest in clarity over governance processes in a project which portrays itself as the ultimate democratic option within the blockchain ecosystem, over the very survival of the blockchain in question. Microsoft probably thinks that sticking to these principles will not only serve to attract tech savvy people but will also serve to prevent future controversy or even an additional split due to another bug. This could benefit Microsoft even if Ethereum Classic does go under.

Bitcoin is still standing despite the well-known problems that it faces, and the acute governance problems that prevent it from solving them. Microsoft’s leadership could have taken into consideration the possibility of Ethereum following in Bitcoin’s path. This seems to be a path of stagnation but not one of extinction. This opens up the possibility of hedging bets, by putting money on both horses. Microsoft was one of the early supporters of the Ethereum project. Knowing that blockchain technology is still in its infancy, and knowing that Bitcoin is still alive despite everything, then why not invest in both?

This strategy would indeed take Microsoft’s shrewdness to a whole new level. The high tech giant is simultaneously paying heed and ignoring the evidence out there. There is a scenario in which both projects do survive despite their shortcomings in terms of governance, even if one is more successful than the other. If that is the case, investing in or enabling both, seems like the perfect choice for any organization looking to find a solution for the cryptocurrency governance bug.