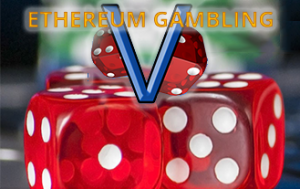 A simple idea that looks a lot like Bitcoin’s iconic Satoshi Dice, is now in the midst of a very promising ICO. vDice built upon the principles of Satoshi Dice to deliver Ether gambling to its customers, but unlike its bitcoin forefather, its creators are looking to capitalize sooner rather than later. In effect, the blue print for success is there. The concept has been proven. Now vDice is looking to ride the tide of the ICO era, which provides an interesting environment to achieve high levels of funding.

Fleshing the vDice ICO out

Reports say it took vDice just 90 minutes to surpass the $1 million USD mark in terms of funds raised. This is a clear sign of success, and indeed the ICO has gained a lot of steam within the Ethereum community. The fundamentals behind vDice’s whirlwind ICO are as follows:

Although Satoshi Dice did not get an ICO, investors bought it in 2013 for $11.5 million USD. vDice could get close or even surpass that mark, especially given how its ICO started. vDice however, will be hard pressed to replicate the revenue that Satoshi Dice has generated so far. The bitcoin gaming pioneer is still one of the leading bitcoin dice sites, and by 2012, a year before it was sold, it reported a total of $15 million USD in bets.

Why even compare vDice to Satoshi Dice?

What Satoshi Dice didn’t have that now vDice does, is the advantage of the ICO. That could well make the difference and propel vDice to surpass past success. It is clear that the benchmark that Satoshi Dice established is an interesting comparable to understand whether this ICO can be considered a success. Both games work in a very similar manner, with gamblers sending funds to a wallet, selecting a number and winning if the provably fair system draws a lower number than the one they bet on.

Advantages of the ICO

The ICO system is what really sets these two examples apart – besides the blockchain on which they operate. vSlice tokens will let more people profit, which in turn can help the venture by giving it more exposure. The fact that investors can chose to keep their passive investment or trade their tokens just like shares on the stock exchange, may also help the project gain traction. It can also become a greater generator of wealth than Satoshi Dice if it gains enough popularity, because the sale of vSlice tokens will allow the project to be sold multiple times.

If this ICO succeeds it can also help propel other similar ICOs on other blockchains in the future. There is no doubt that the thread that links vDice and its initial coin offering to its bitcoin predecessor, is the successful sale of the latter to private investors. This was the original deal that paved the way for deals to come, set a milestone and gave the creators the blueprints for success. The vDice initial coin offering could become a blueprint for other such projects that seek to democratize investment.