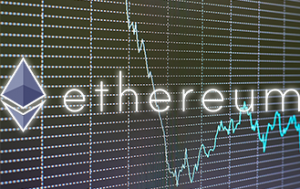 Ether is trading below $8.2 USD for the first time since May 1st, 2016. This is due to a long string of problems with the Ethereum network that many would say started with the DAO hard fork, and continued with the 51% attacks and the recent accidental fork. There is no doubt that Ethereum is in a bind. It seems that the network may have more bugs than the lay person is aware of, which doesn’t bode well for organizations or individuals that would like to use smart contracts and Ethereum based transactions.

To grasp the gravity of the issue, it is necessary to understand what the highly qualified programmers behind the network are saying. That is not always easy, but Frances Coppola took it upon herself to “translate the explanation from geek” as she puts it. In her “translation” and subsequent analysis, which she published on Forbes, Coppola explains the latest issue has to do with the removal of empty accounts. Given that Ethereum works with Geth and Parity clients, both have to remove empty accounts. The problem is that Geth is doing it while Parity isn’t. This means that one client removes the account and the other one keeps it, effectively forking the blockchain involuntarily.

Can the problem be solved?

Ethereum programmers, with Vitalik Buterin at the helm, can definitely solve the problem. In fact they have done so, but now they depend on all the miners who have to upgrade to the de-bugged version. Last time that happened, a substantial amount of miners disagreed and kept the old chain, creating Ethereum Classic – a point that Coppola also makes. So it seems that way too many hard fork solutions on Ethereum, have become in effect a catalyst for a new problem.

This definitely affected the outlook of Ether prices. Investors are right to be worried about the predictability of the blockchain in which they invest. Maybe Buterin and his crew will manage to allay the fears and can lure investors back, but that requires a long period of bug-free time, so to speak. Nevertheless, Ethereum still has value as a proof of concept blockchain. It is possible to program smart contracts and fund them to create automation. The potential of such a concept in tandem with IOT is great, but the concept needs to be refined. Just as bitcoin was a pioneer in the field of P2P currency/transactions and as a proof of concept for blockchain technology, Ethereum will do the same for smart contracts. There are still grounds to believe that Ethereum will be as resilient as bitcoin has been so far, and investors will regain trust in the network.